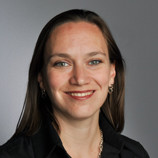 Sue has been practicing as an immigration attorney primarily in the areas of family-based immigration law, asylum, and removal defense since 2007.She is admitted to the MA bar as well as the Federal District Court for the District of Massachusetts and the First Circuit Court of appeals. She came to Rian after working as a solo practitioner in Lynn, where she represented primarily Spanish-speaking clients from Central America and the Dominican Republic. She regularly worked with clients who have experienced significant psychological and physical trauma, particularly victims of domestic violence, gender-based violence and gang-based violence from Central America.

Our hearts are heavy as we watch the ongoing violence in Ukraine, Somalia, Syria and Yemen. War is never the answer. We stand in solidarity with the individuals who have been affected.