Home / What We Do / Stories from the Rian Immigrant Center 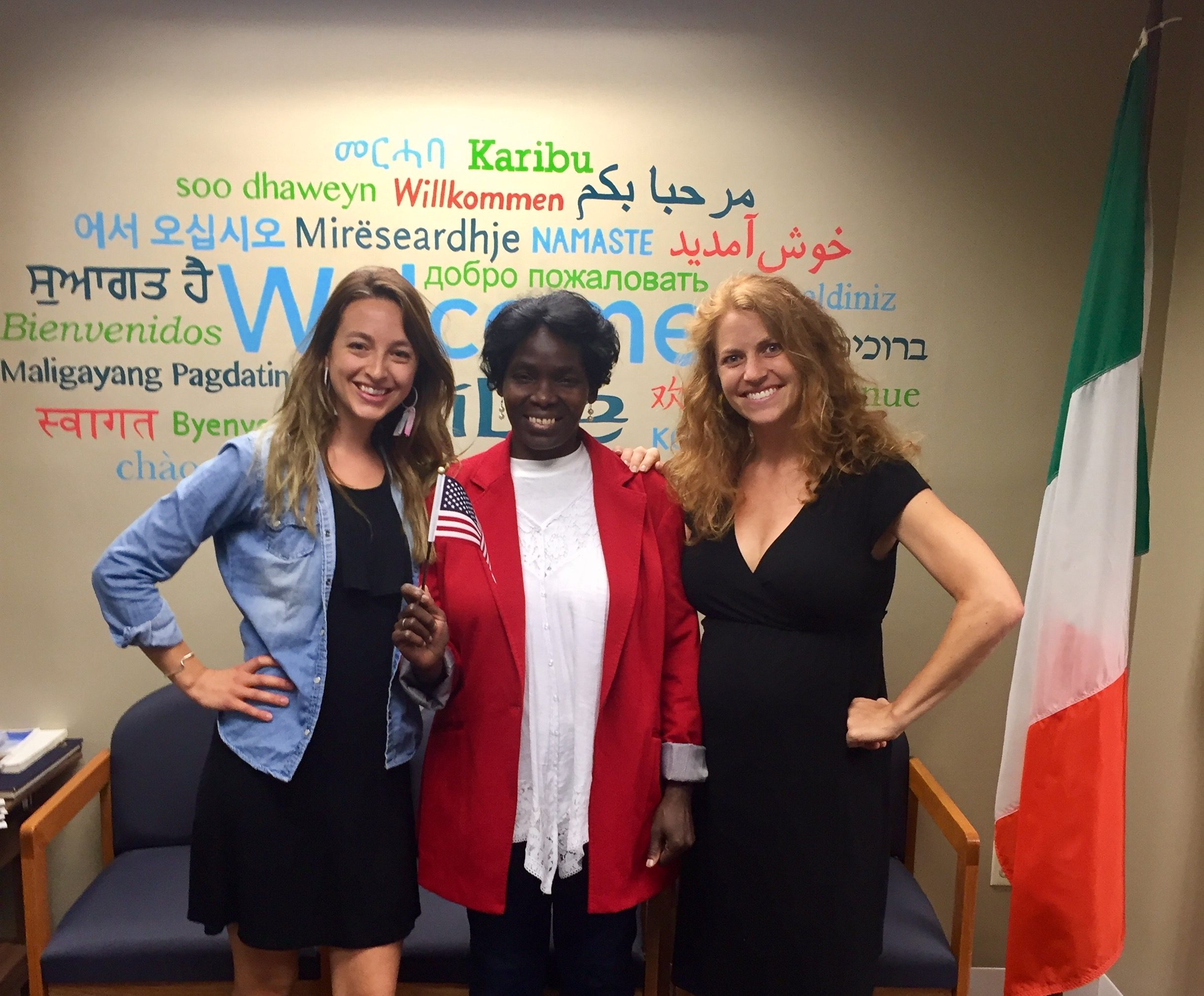 Margaret* is a woman from Honduras who was referred to the Rian Immigrant Center by Boston Medical Center, where she was receiving medical care for persistent migraines and anxiety that were impacting her ability to work and function. Her doctor identified that Margaret’s symptoms were related to the stress and trauma she was experiencing due to emotional and psychological abuse committed by her husband, who is a U.S. citizen.  Margaret was undocumented and seeking status through her husband, who attempted to control and manipulate her by threatening to revoke the immigration papers he had filed and turn her in to authorities. When Magaret sought advice on how to stop the immigration process because of the abuse she was experiencing, BMC referred her to the Rian Immigrant Center for a consultation, where we identified that Margaret qualified to pursue her case under the Violence Against Women Act (VAWA). From there, Margaret worked with our attorney, Jackie Kelley, to safely separate from her husband and apply under VAWA for full permanent resident status, which she was granted in May 2019. Today, Margaret is not only surviving, but thriving. She holds a job with a tech startup in Cambridge, and Jackie continues to work with Margaret to bring her 12 year old son, Eduardo, from Honduras to be reunited with his mother.

We are deeply grateful for our partnership with Boston Medical Center, which has since developed to include dedicated, onsite legal services for patients in need of immigration counsel and representation. You can read more about this life-saving and critically important work in this recent Health City article featuring Rian Immigrant Center attorney Jackie Kelley. 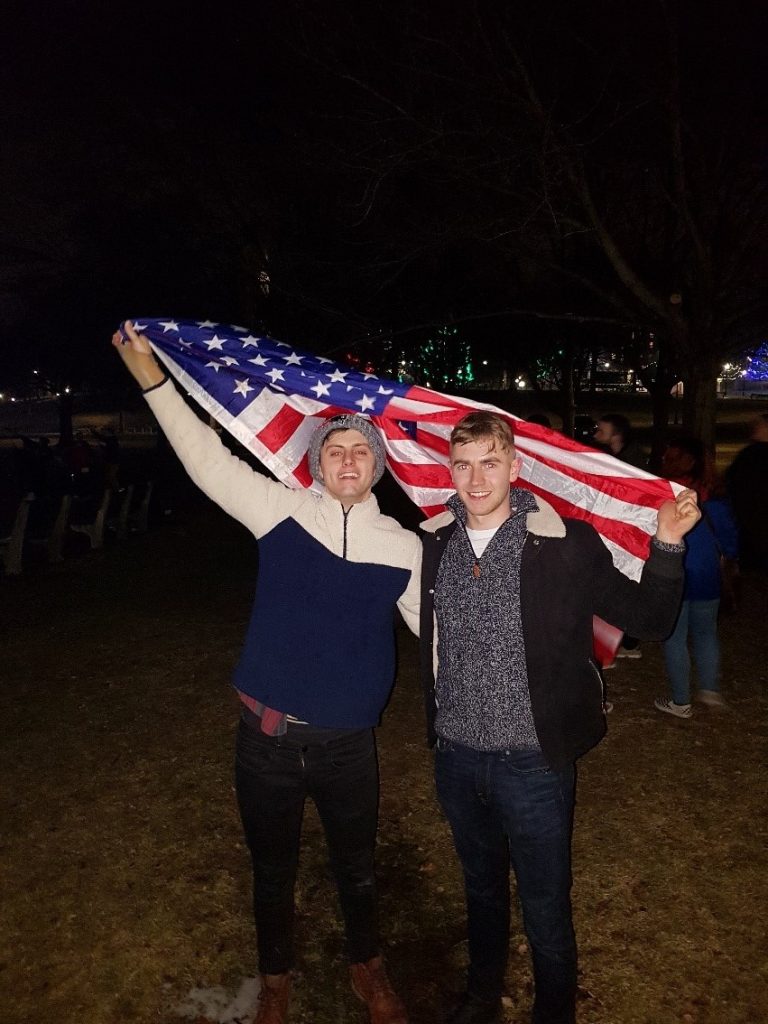 Richard Stevenson is a third year Ulster University student from County Down who recently completed a yearlong J-1 internship at Norbella Media. As he looks back on his time in Boston, he has a few words of encouragement to share with any J-1s landing in the U.S., “You have a lot to look forward to!”

As a Digital Buying Assistant at Norbella, Richard gained invaluable experience by applying his university knowledge toward real-world, professional practice. With an internship at Norbella, Richard was able to “adjust to a more independent, big city lifestyle in a foreign country,” and like other J-1 interns willing to travel internationally to gain practical work experience, Richard will return to Ireland with a distinct advantage.

Finding your way in a new city can be daunting, and Richard advises J-1 interns to “put yourself out there, be unafraid, get involved, and meet new people.”  For those finding it difficult to secure an internship, Richard suggests “utilizing all your contacts, whether that be through your university, former J-1s, or the Rian Immigrant Center.”

While in the U.S., Richard also took full advantage of the opportunity to visit historical and cultural landmarks, from Washington D.C., to the Rocky Steps in Philadelphia and the fall foliage of Maine. Like all our J-1s, Richard also hailed Boston for its welcoming environment for Irish J-1s finding a temporary home away from home!

Finally a US Citizen

Lemina, an immigrant from Mauritania, came to America in 2001 to join her husband after receiving a green card. She describes immigrating to the United States as a “good feeling”, and she was confident that this decision would benefit herself and her family. After a few years in the country, Lemina knew that she would like to become an American citizen for increased security in their new home. However, applying for US citizenship can often be a time-consuming and confusing process, and Lemina soon realized that she would need additional support to complete her application. At the time, Lemina would not have been able to afford assistance from a private immigration attorney. A friend recommended that Lemina attend one of the Rian Immigrant Center’s free weekly citizenship clinics, and she did not hesitate to take their advice. Lemina soon met with the Rian Immigrant Center’s citizenship coordinator, and was carefully guided through the complex citizenship process. Lemina shares, “the Rian Immigrant Center was there to answer all of my questions.” Working alongside our legal team, Lemina completed her application; however, she hit a roadblock when she found out that the check for her application fee bounced while it was being processed – voiding her application. Lemina tried re-submitting the completed application, but since the time of her original application the forms had changed. Through all of this frustration, Lemina came back to the Rian Immigrant Center, who were there to ease her worries and restart the application process. Lemina said “The Rian Immigrant Center was there from beginning to end, they were a big help because they made sure everything was done correctly.” Soon after applying for citizenship for the second time, Lemina was officially a U.S citizen! Years later, Lemina had questions about receiving citizenship for her step-children. She knew the best course of action straight away: return to the Rian Immigrant Center. Lemina shares that citizenship coordinator, Erica Snyder-Drummond “gave her all the information and the next steps that she should take,” and continues, “I want to thank the staff at the Rian Immigrant Center as much as I can, for the help they offered.“ Lemina calls herself a “proud American”, and describes the excitement of entering the American passport line at the airport in her travels rather than the green card line. She recently sent in her voter registration, and has continued to build a successful life in America. We are filled with joy to see Lemina and her family thriving, and wish them continued happiness! 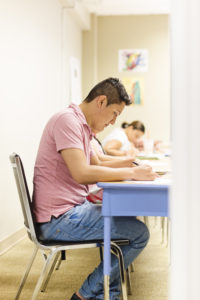 Mateo has been taking ESOL classes at the Rian Immigrant Center for more than a year, and is dedicated to improving his English language skills in order to enhance his employment options. Mateo found that his limited English language skills and lack of US employment cultural knowledge were a barrier towards finding employment, and he was finding it difficult to secure full-time employment. Following a successful 18-week ESOL course, Mateo enrolled in the Individual Achievement Program, which consists of one-on-one career coaching assistance with an Rian Immigrant Center tutor. Working individually with Rian Immigrant Center Education Services staff instructor, Marisa Bennett, Mateo learned more about career readiness skills, with particular emphasis on: composing a resume that is attractive for a US employer, creating a suitable cover letter, and searching for work online. Marisa worked closely with Mateo on interviewing skills and techniques, as well as vocabulary applicable to the workplace. Mateo became interested in applying for the BEST Hospitality Training Program, which trains ESOL adults for advanced careers in hospitality, providing direct opportunities for development, food safety, CPR, and culinary courses, and training certifications. However, Mateo was daunted by the application process for highly competitive and sought-after program, which contains three rounds of interviews. Marisa encouraged Mateo to apply, and they worked together diligently to complete his application and prepare for the upcoming interviews. Mateo has happily reported that he has just received full-time employment within the hospitality industry, and has been accepted to the BEST Hospitality Training Program. This new job provides Mateo with increase financial security and stability, and his enrollment in the program will open an array of opportunities for future career growth. Mateo is well on his way to a career as a leader within the Boston hospitality industry. We are all proud of Mateo for his accomplishments, and will continue to support him as he proceeds in his academics and career. 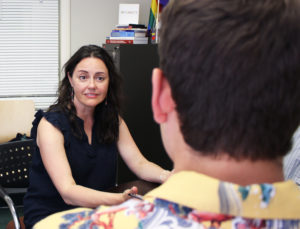 Aidan is a 26 year old Irish man working in Boston. Like many immigrants who work with the Rian Immigrant Center’s Wellness Services, Aidan has a history of untreated depression and substance abuse. When he first met with former Wellness Director Rachel Reisman, LICSW, he was in crisis. Rachel and Aidan collaborated on an initial crisis plan, and ongoing mental health and sobriety support. Through the flexible and culturally competent services of our Wellness team, Aidan received clinical care that accommodated his busy, often chaotic, life of an undocumented immigrant. Aidan’s story reflects the high rate of suicides and self-harm in the Irish population, including the Irish diaspora. Rachel has worked with many Irish men, like Aidan, who have suffered with depression and anxiety since their teens, and who found alcohol “a relief from he pain” that helped mask problems, “until they didn’t.” Aidan works 60 hour weeks, and due to his undocumented status, has very limited access to health insurance. This, coupled with his fears about deportation, made it very hard for him to access the medication and treatment he needed. The free, confidential expertise provided by the Rian Immigrant Center has been vital for Aidan. Rachel, as an Irish immigrant and a licensed clinical social worker, has helped him dismantle the shame and fears inherent in asking for help. Aidan now understands that the depression and anxiety are not his fault. In addition to providing counseling services, Rachel problem-solved to secure Aidan funding for a medical appointment and connected him with other Irish men in AA. Aidan has strengthened his sobriety, gained relief, and learned that he does not have to shoulder things alone. In his own words, “life feels better sober. I can’t believe all that you [Rachel] have helped me with. Thanks so much for caring about the likes of me.” 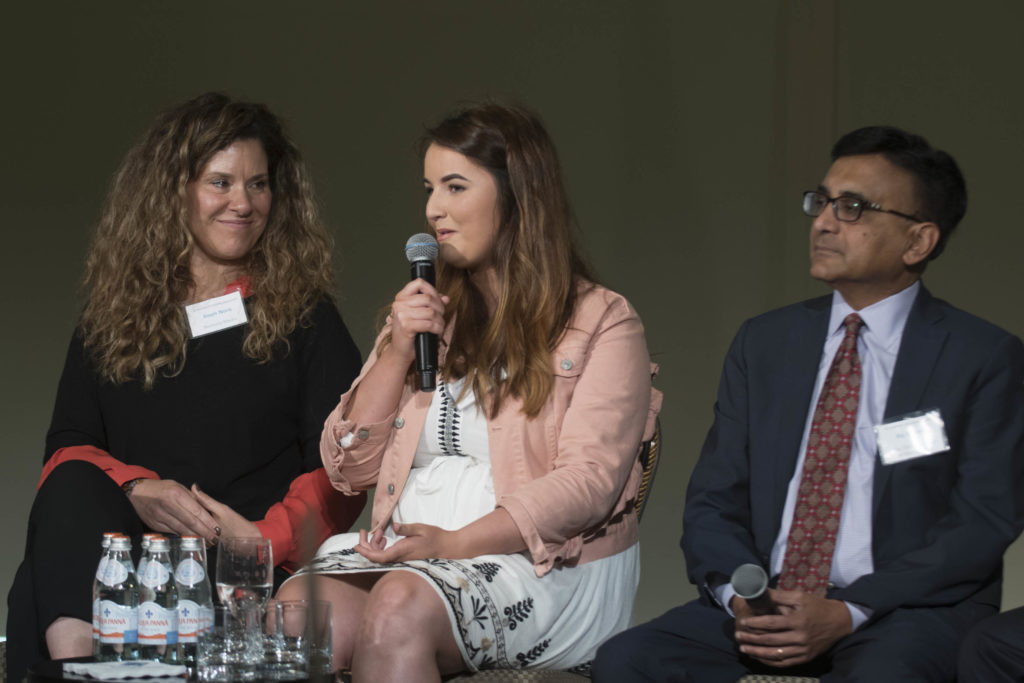 For County Tyrone native Shannon Quinn, living in a neighborhood in Dorchester with strong Irish roots and working for Norbella Media in Boston’s historic South End is “the best of both worlds.” As a third year student at Ulster University, Shannon decided to forgo a year of formal study and gain work experience abroad. Shannon described her decision, stating, “I didn’t want to stay in Northern Ireland for my placement year […] never did I think I would be working in the US!” Shannon works as a marketing intern for Norbella Media, an award winning media agency. Shannon reflects on her internship with Norbella, stating, “I am finding it the best experience I could have ever asked for. I […] delved into the world of media planning, something I was learning in a classroom a few months ago. Being able to see how business is done in the real world, especially in America, is a truly unique experience.” Shannon noted that although she only started her position in August, co-workers joke that she’s “practically a fully-trained media planner, rather than an intern!” Shannon enjoys the variety of her work, and appreciates gaining a “well-rounded sense of the business.” She emphasized the advantage of her internship as she completes her university studies, and the impact that this will have on her future career aspirations. In her free time, Shannon explores Boston’s historical roots through the Freedom Trail, checks out the diverse music scene, and enjoys her newfound softball talent with her co-workers. Shannon notes that all of this expands her worldview, and living in Boston offers a truly global perspective on her solid academic foundation. Shannon says that she was at first a bit wary of journeying across the pond to “Beantown”, but soon found friends and co-workers who are “are hard-working, hilarious and passionate”. The team at Norbella are ensuring her time in Boston is “truly special.” Shannon is pictured above speaking at the Rian Immigrant Center’s Business Leaders’ Breakfast, where she spoke towards the importance of global education and professional experience. 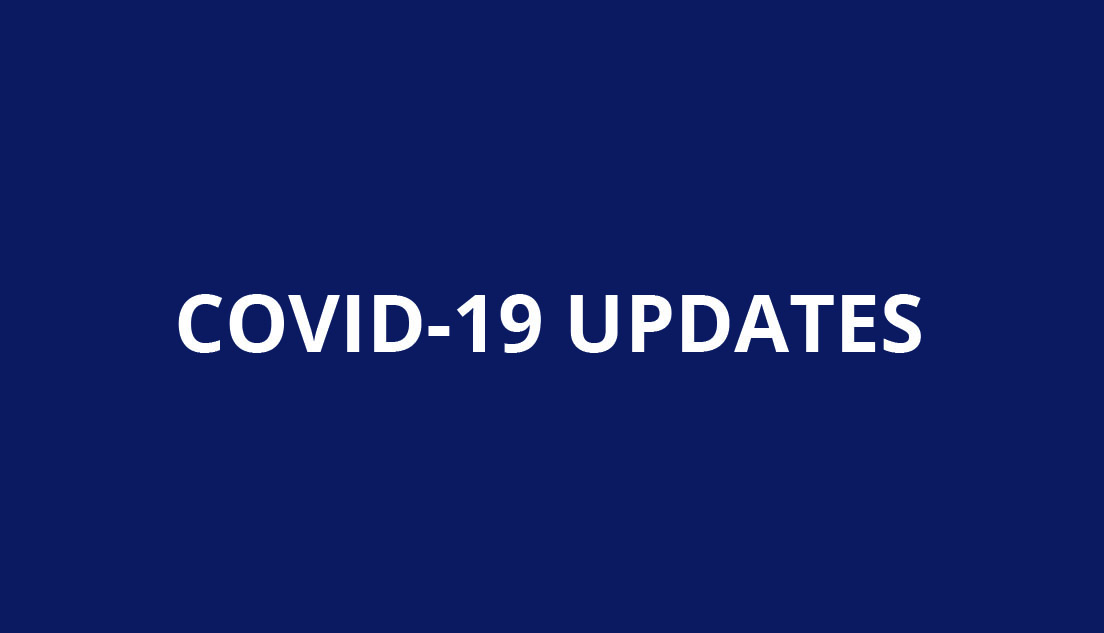 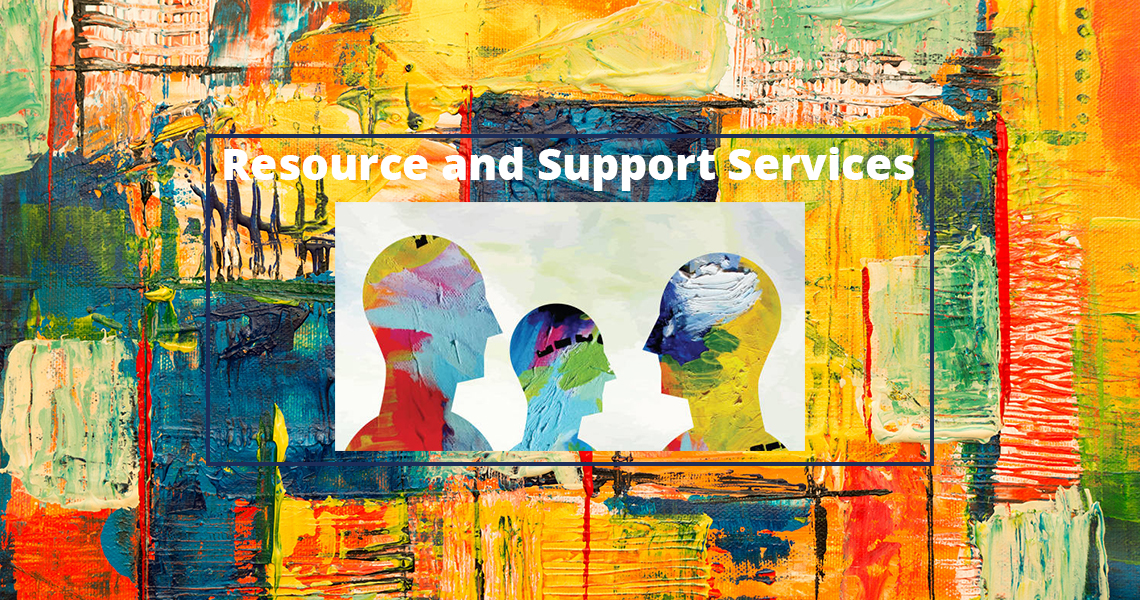 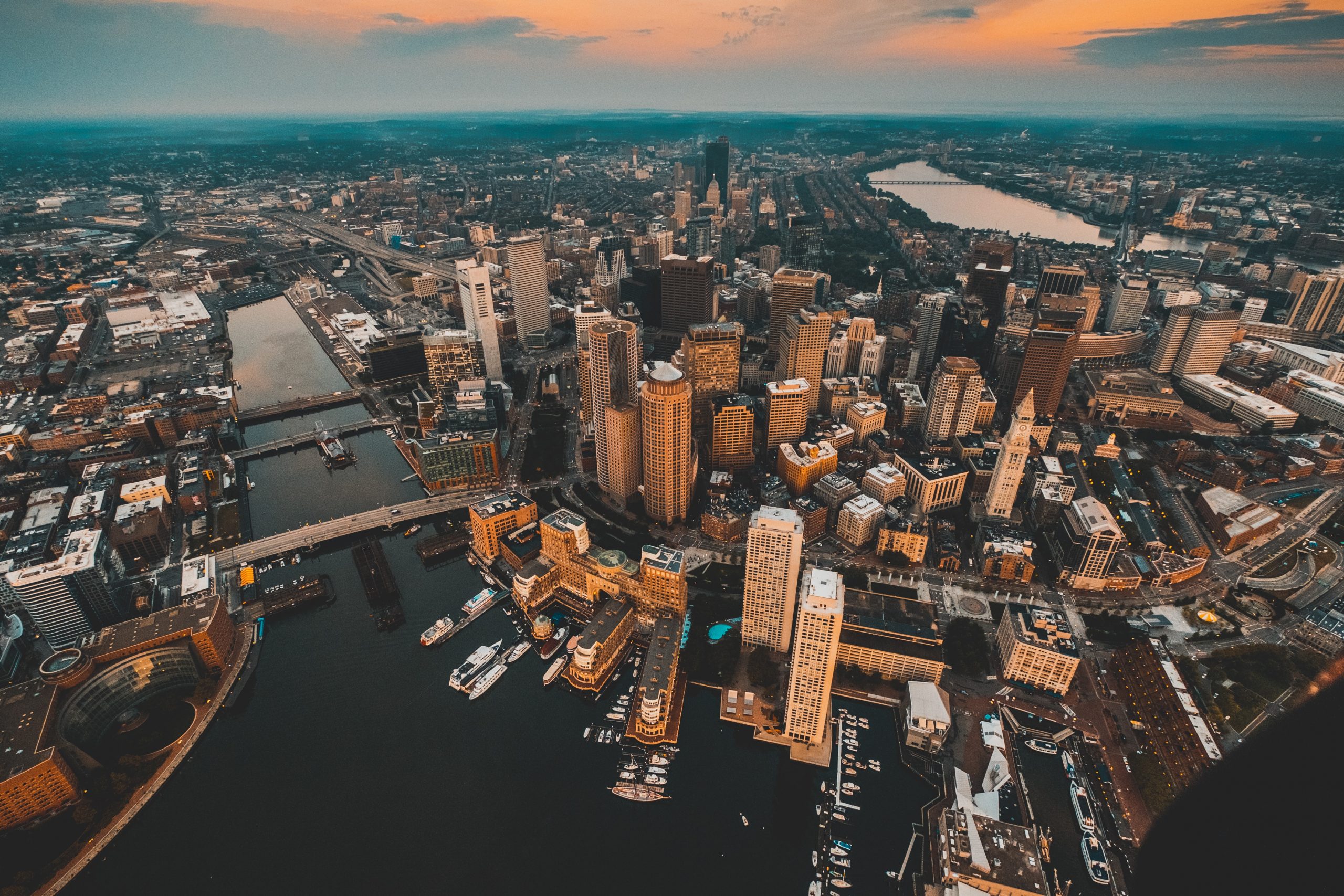 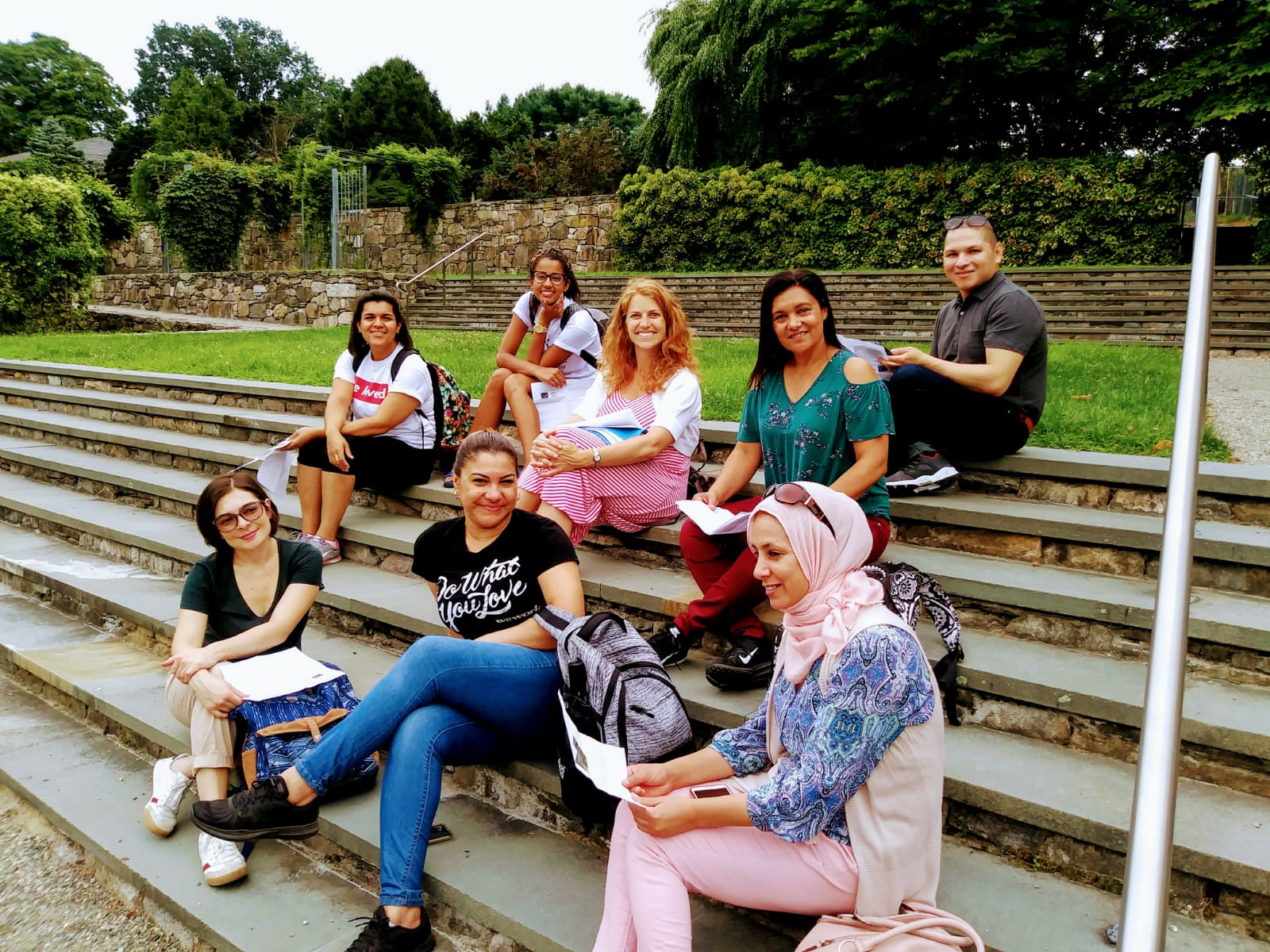